“Dr. Cabbie” is a hilarious ride 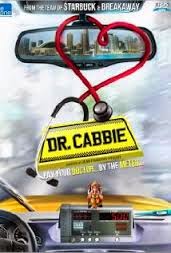 Lots of bumps and turns on the way

You can’t go wrong when Kunal Nayyar (from The Big Bang Theory) is starring in a comedy. He shares the ride with Vinay Virmani whose role is that of a Doctor Chopra – fresh out of med school in India. 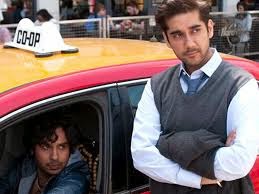 He comes to America with his mom to help the sick; they have been sponsored by their generous uncle who has married a former stripper, now turned uber-spiritual. Trouble is no hospital will hire him. He meets Tony (Nayyar) who is also from India, and gets him spinning wrong turns when he convinces Deepak to become a driver too.  During one of the rides, he acts as doctor right in his cabbie to deliver a baby. The mother, Natalie, is the girl he noticed weeks earlier who is working in a coffee shop. She is really a lawyer who lost her job when the head honcho lawyer got her pregnant, and dropped her. He tries to get her back as he wants to run for mayor – family image – you know. Meanwhile both Natalie and Deepak have developed a wonderful relationship. 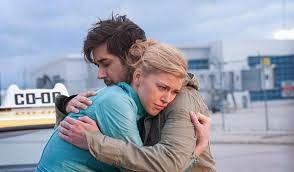 Deepak makes headlines with his heroic deed in the cabbie and soon he is given a big cabbie to assist people in need of check-ups who can’t get appointments without waiting months. The movie takes place in Toronto, Canada. Is there a message here? Indeed, and the message gets stronger when Natalie’s jerky boss gets Deepak arrested for doing what he’s doing. He’s set on sending him packing back to India so that he can get Natalie and lead Toronto as mayor. There is a trial, and Natalie and Deepak win the day and each other’s hand in marriage. What a great comedy. Lots of funny stereotyping – dialogue and behaviour that is pure mockery, with great cast that delivers over-the-top fun with some serious consequences. Brilliantly directed by Jean-François Pouliot. 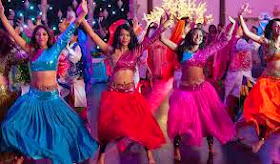 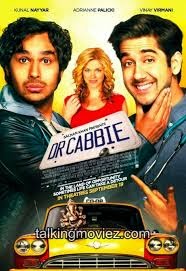