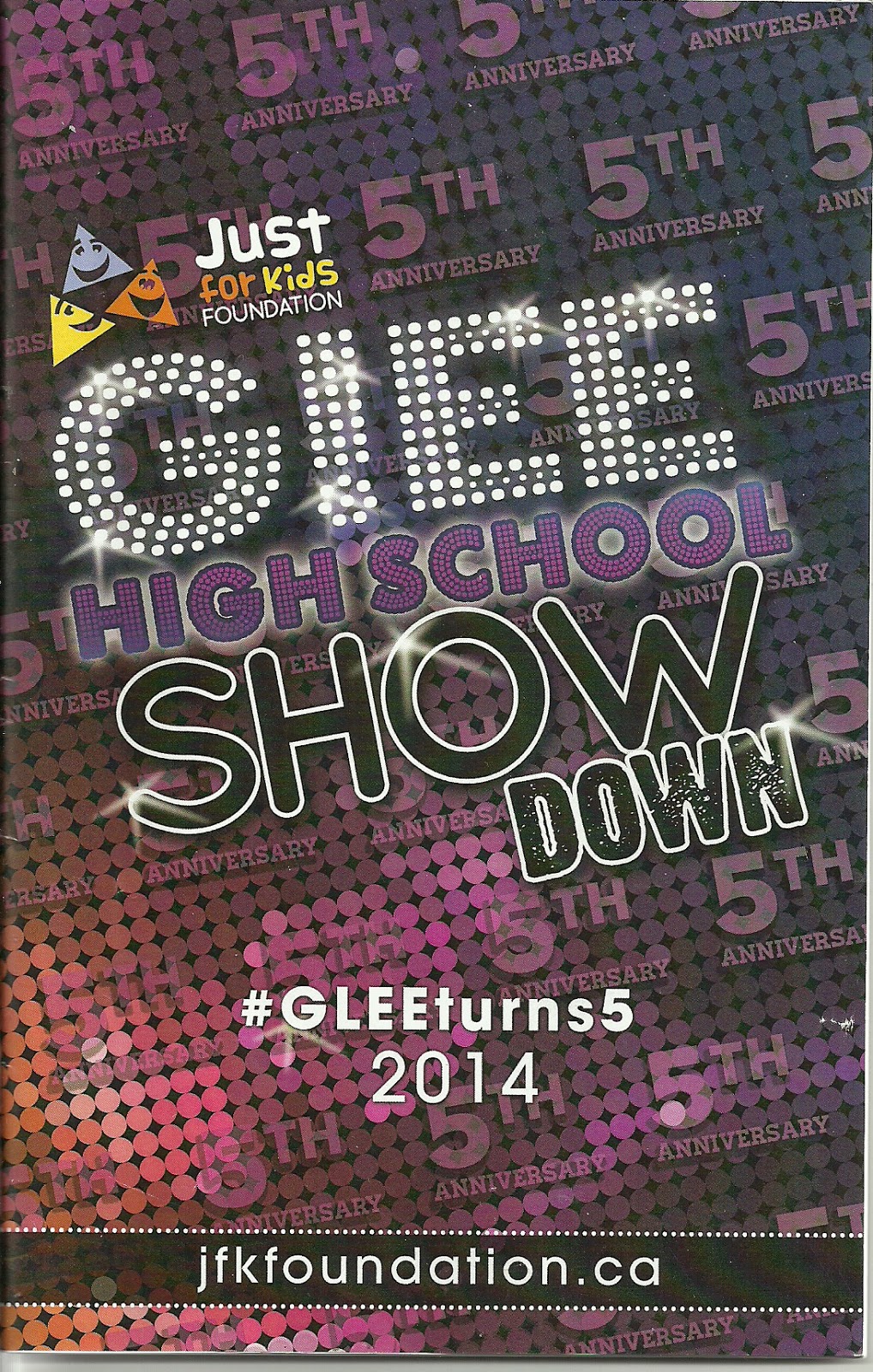 An exhilarating show for an unbeatable cause
(November 16th, Loyola Campus)

What a fabulous event! Eleven high schools gathered on Sunday, November 16th at the Eric MacLean S.J. Centre for the Performing Arts - each to “compete” as Glee Club members for an outstanding cause: “The Just for Kids” Foundation’s 2014-15 campaign, “A Growing Promise” for the Montreal Children’s Hospital.
Now into its fifth year, the musical event has collectively raised over $1million; the goal for this year is $500,000. As always, the money will procure state-of-the-art medical equipment for MCH; and to help make this happen, each school’s Glee team must raise a minimum of $1,500 to enter the battle. The funds for this year’s Showdown will go towards purchasing equipment for MCH’s urology and ENT departments that will settle into its new 2015 location at the Glen Campus.
Sandra D’Alesio Lanno, President, Executive Board, revealed with great sincerity and grace the following when she took the mike  just before the show got on the road at 1:15: “JFK is making a remarkable difference in so many young people’s lives and for this, from the bottom of our hearts, we are truly grateful.” She was referring to all the donors, fans, supporters, participants, sponsors and exceptional volunteers whose energies and talents help to create the success the Glee High School Showdown.
Kudos to Jill Aberman, the consummate committee member, but this event would not be the success it always is without NDGer Ali Greenberg Kastner, Chair for the JFK Glee Showdown. She expressed her own gratitude to all who have made it happen, especially the “Gleekers” whom she called “awesome. She basically conceived this whole thing and has been on board as a key since its inception. She has a great spirit of giving and shaping a vision of uniting kids who can sing and kick up their heels to raise money for those who can’t.
That sunny Sunday, the Showdown rocked the stage and the 600 people in the audience responded with thunderous applause. All the performers showed their dedication as they enthusiastically took to the stage to perform their medley of songs while often using synchronized moves choreographed by the teachers.
Ali is really the main doer of the event. Her tireless commitment to keeping this event as fresh as it was five years ago is admirable. She basically
Complete with live feed from the Michael Kors Green Room, plus pre-video tapings of all the Glee Club performers at school revealing their reasons for being a part of it - the show offered slickness, fun and hype that conveyed a collective energy and dedication. Co-emceed by Virgin Radio man Tony Stark, and soon-to-dad Cory Wolofsky, they spread the love. 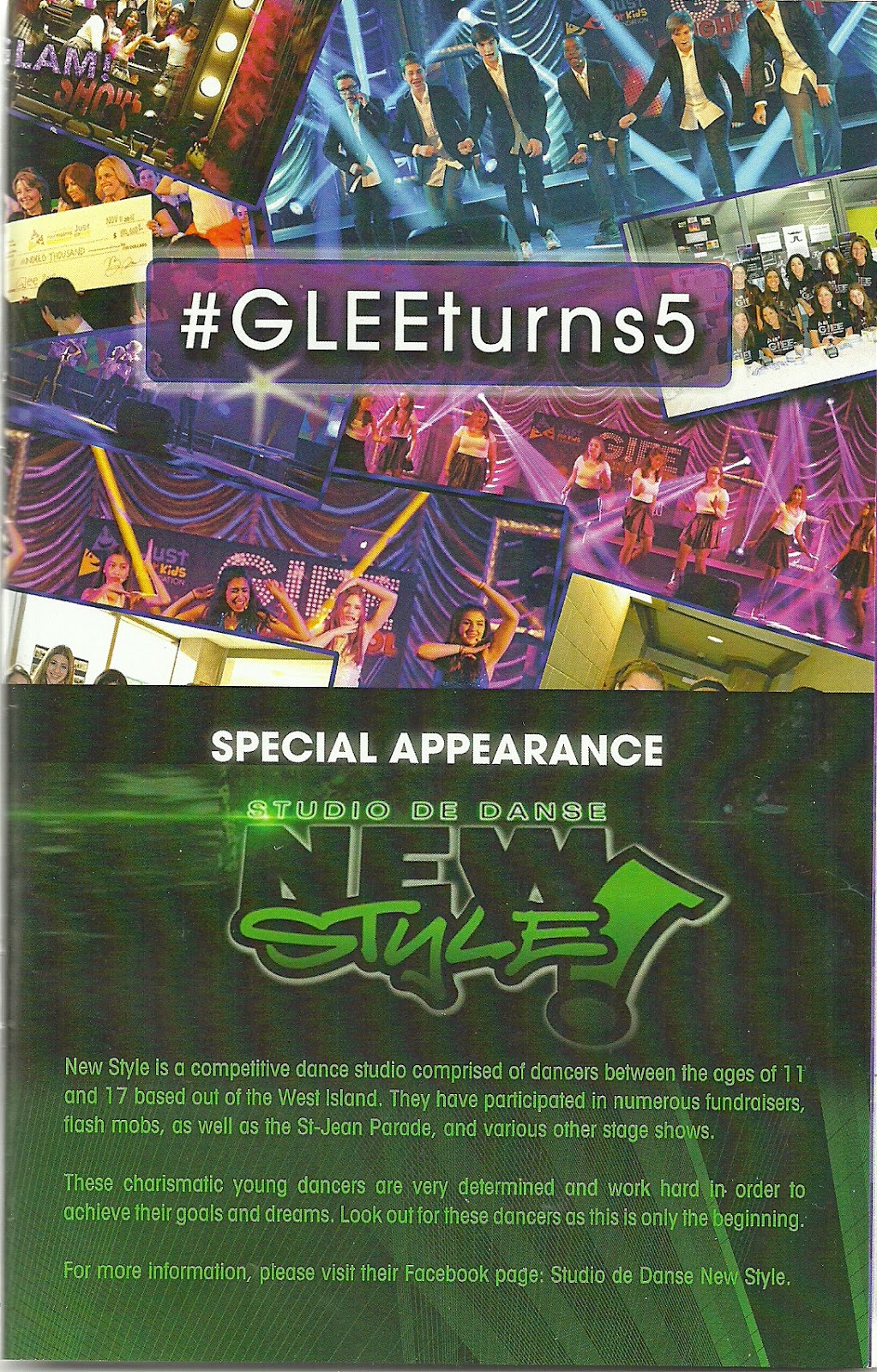 The judges were: Sandra Rinaldi, Marketing and PR Director of Evenko, Connie Rotella who owns and is artistic director of Danse 1…2…3, and god-like Gospel singer and major music producer, Mac Thornhill, these kids were under the radar.
These performers were the real stars, not because their talents belong on international TV, but because they are giving of themselves for this cause. Each Glee club presented all kinds of pop songs using harmonies and dance moves that entertained Loyola’s jam packed auditorium/theatre. Schools included long-time Gleekers from Trafalgar, ECS, Selwyn House and Royal Vale. New to the show were Vincent Massey Collegiate, John Rennie and Lester B Pearson.  This is Royal West Academy’s second year of participation. A host of keen kick-up-your-heels scholars/entertainers were represented by Bialik LaurenHill Academy and Kuper Academy joined the fray of Gleekers.
Bravo to these wonderful kids who dared to take to the stage not for themselves but for children whose needs far surpass those who crave the spotlight. The Montreal Children’s Hospital must be so grateful to have such an enormous variety of talents that come together for the “Just for Kids Foundation”. Medical equipment that will improve the lives of our beloved kids is on its way - thanks to everyone connected with the Glee High School Showdown.
Here are the results:
1st Place: Bialik High School performing Somebody to Love 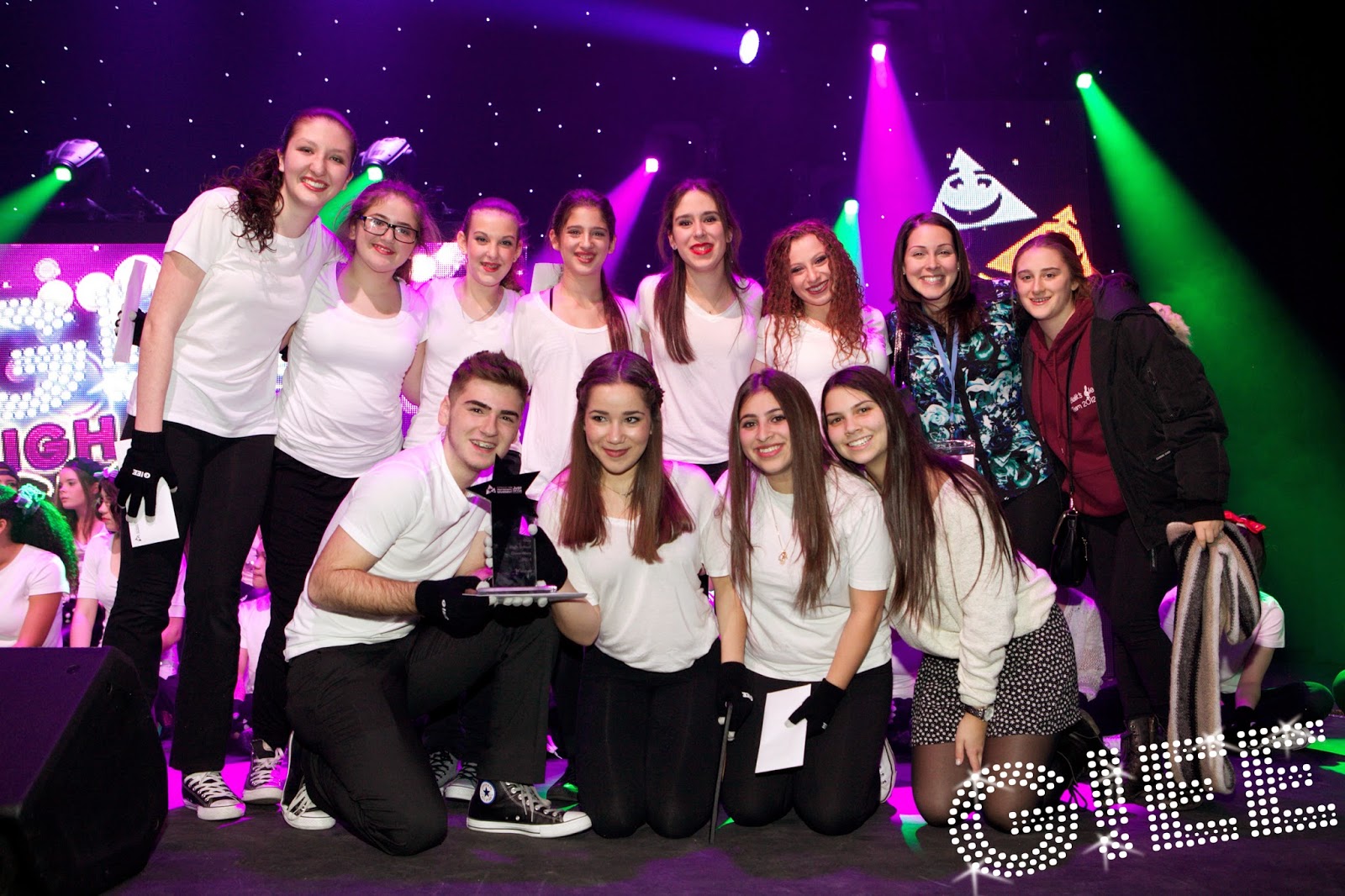 2nd Place: Trafalgar performing Dog Days are Over, Counting Stars, All About the Bass and Burn
3rd Place: John Rennie High School performing Valerie, Super Bass and Don’t Worry, Be Hapyp.
The school to raise the most funds was Trafalgar with an amazing $6,790. The individual student who raised the most for JFK was Alexia Falgiani from Royal Vale with just over $1570.
The final tally for the event was just over $115,000. 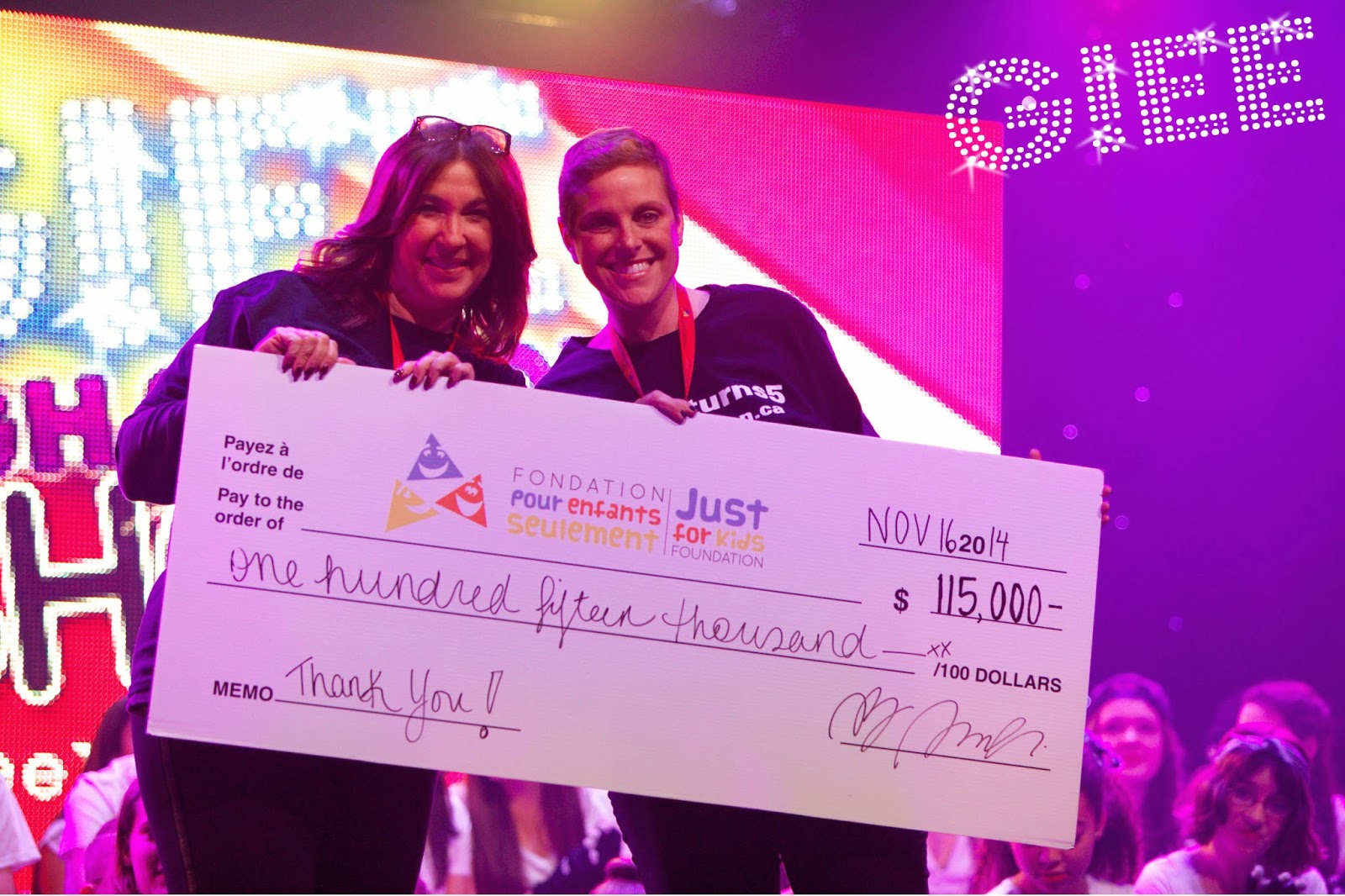