This marvellous 12-year-old orchestra, led by the vibrant conductor, Daniel Myssyk performed such a totally exhilarating concert last night (May 22); the audience did not want to leave the Pierre Mercure Hall where the concert had taken place. Mr. Myssyk mesmerized us with his program choice which featured diverse choral works, four wondrous soloists (left to right in photo below: Nathalie Paulin, David Menzies, Michelle Sutton and Cairan Ryan) and full orchestral playing along with accompaniment for the soloists and also for the choir in Haydn’s Messe Lord Nelson (the final piece) using four string players.

Last night musicality and passion converged; the program and delivery of the exciting pieces provided great audience appeal The concert opened with Le Soir which in Haydn’s Symphonie No 8 in G major is preceded by two other symphonies: Le Matin and Le Midi. From the opening trumpet sounds in the Allegro molto, the orchestra asserted its confidence and dynamics with stunning expressions in passages ranging from stillness and lightness evoking the night air, with vespers beckoning in quiet beauty to a raging storm at end the day’s cycle. This was magically conveyed in the symphony’s four movements – my favourite being the second one- the Andante. The orchestra was completely at one with the sublime beauty of the composer’s intentions.
Next to appear on stage was the invited choir, VCU Commonwealth Singers from ’s in . Led by Rebecca Tyree, this superb choir beguiled us with its ethereal voices whose colouring, nuances and unity transported us into a world of watery wonder. 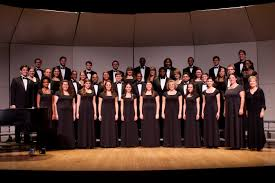 Water Night was composed by the mystic, Eric Whitacre who went into an altered state after hearing this poem by Octavio Paz. The voices in this choir sing as one and the arrangement was so beguiling, we were transported into a state of transcendence. Likewise, we were entranced by the composer Tarik O’Regan’s choral arrangement of Edgar Allen Poe’s poem, Israfel. We succumbed to the various shades and colourings of sonoric beauty the music. It evoked the celestial wonder of Israfel, an angel whose heart strings are a lute, and whose stunning light casts a spell on all beings above and below, even the stars. This work is part of a larger composition by Tarik O’Regan, which is titled The Ecstasies Above. Phrasing and emotional power ascended lofty heights of heavenly beauty. This choral performance was as close to godliness as one can get. Even atonal moments added interest and wonder to this remarkable work.
Appasionata gave us a full musical feast treat in the final number in the program: Messe Lord Nelson, by Haydn The full force of the choir, string players and the magnificent voices of soprano Nathalie Paulin and mezzo-soprano Michelle Sutton along with the great baritone voice of Belgium-born Cairan Ryon – the tenor was David Menzies all of whom marvellously conveyed the drama, artistic maturity and emotional moods in this work which was composed during the tempestuous times during the War of the First Coalition that roared through Europe in 1798. Haydn was obviously affected by this period, and as such, this work of profound emotions expressed in six main movements is both dark and hopeful. It is one of his crowning achievements.
When the glorious work Messe finished, the choir changed the mood completely by responding to the encore.  A lively spiritual number called “Who Built the Ark?” left the audience begging for more.
The evening was indeed a ‘Soir des Harmonies’ that proved utterly inspiring and uplifting. I was so affected by the power and freshness of Appassionata; I picked up two of their acclaimed CDs: Idyla that features work by Mozart, Greig, Lekeu and Janacek. The other one has serenades by Dvořák and Suk. The freshness and vigor of Appassionata is remarkable. 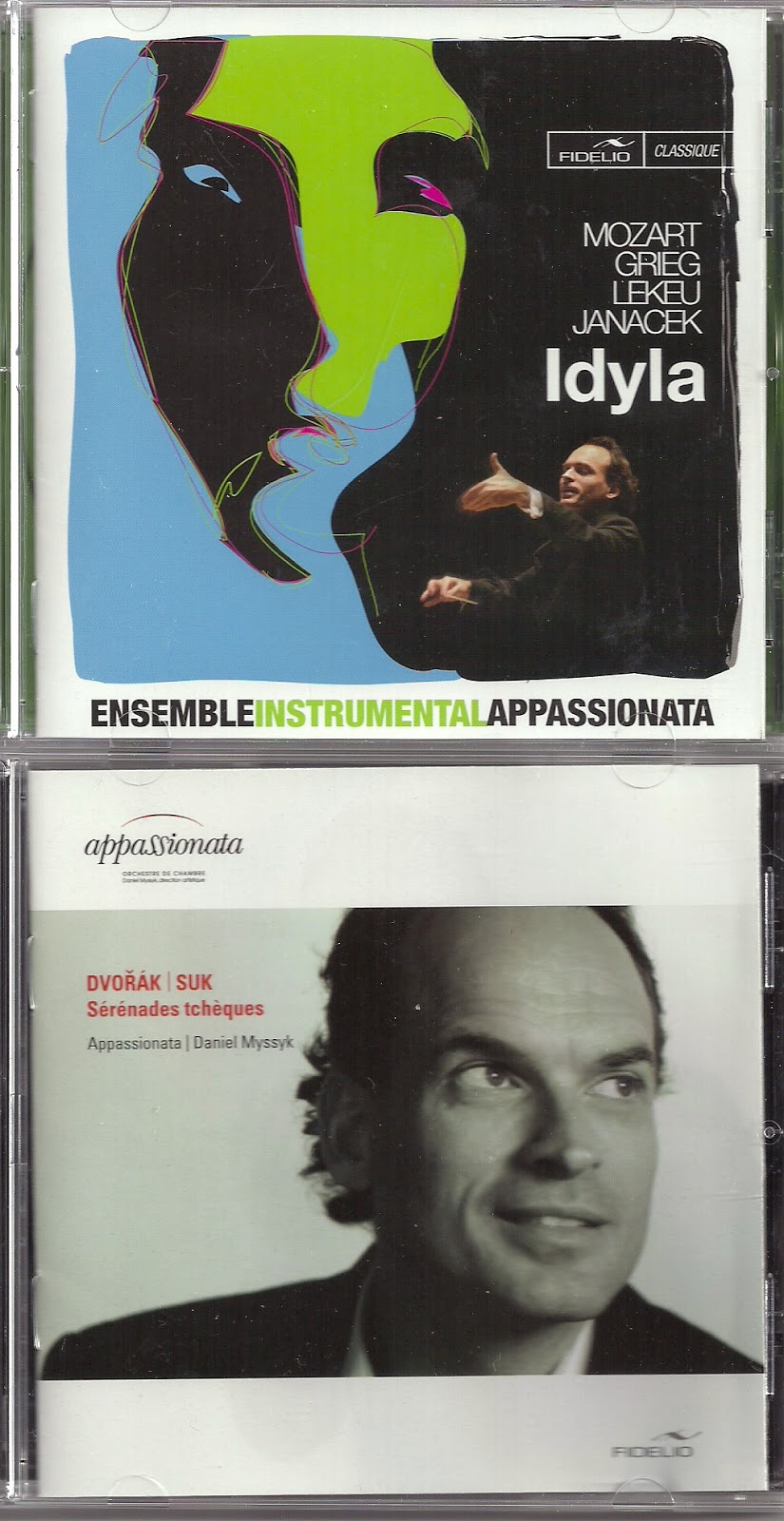