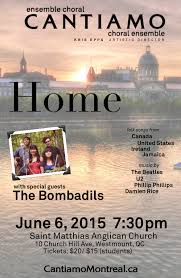 Act One:
On June 6th, inside Westmount’s lovely Saint Matthias Anglican Church, the pews were packed with listeners eager to receive a double treat in a concert called “Home.” The joyous songs enthusiastically delivered by Cantiamo and the instrumental and vocal gifts of the Bombadils complemented one another so much, the audience called for a finale encore uniting all performers, and we joined them all in the glorious sing-along of the  popular Holden/Pearson song titled, “Home”.
Choir director, Kris Epps, an award-winning classical pianist and conductor of several choirs (over the past ten years) heard a calling to start his own choir, and how lucky we are that he heeded the call and formed Cantiamo, a choir of over 45 members – each whose voices converge to create a stunning blend of harmonies with magnificent languorous sostenuto notes (in several songs) periodically punched with the clever use of vocally percussive beats in the tenor and bass sections. 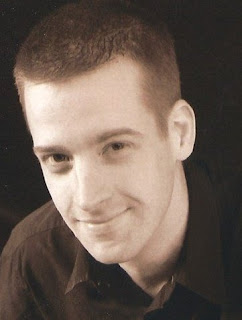 The opening choral number was remarkable. Mr. Epps had his sopranos and altos positioned on one side of the church under the apses, with tenors and basses facing them on the other side. We were in the middle, and so the sound we were about to hear surrounded us completely. Suddenly the most ethereal flute playing sounded from somewhere from the back, and then the song began. Called, “Light of a Clear Blue Morning,” this beautiful ode that praises the light of the morning was written by Dolly Parton. As for the featured soloist, Sarah Dowd, one can only say, if angels can sing, then surely we met one this night; such was the ethereal beauty of Ms. Dowd’s voice. The choir blended in so beautifully, as they did when Stefano Saykaly stepped out to sing “Bright Morning Star”, an Appalachian folk song of plaintive wonder. His voice is as good as it gets, and he has the feeling to match the lyric.
Mr. Epps created a choral program where vigorous vocals merged with an entertaining mix of humour and lightness. “Three Alberta Folk Songs” featured soloist Alex Tuttle along with Mr. Saykaly. This amusing song trio featured the singers responding to the lyrical gaiety by adding funny facial expressions and gestures. Mr. Tuttle acted like a Prairie cowboy as he took a wide-legged cowboy stance, hands in pockets.  In contrast, he showed his sweet, tender side in “Yesterday”, but I would have liked to have heard more emotion and tone when he sung this Beatles classic. I loved the arrangements for the other two Beatles' songs: “I feel Fine” and “Can’t Buy Me Love.” The choir really pulled them off with dash and flare.
One cozy collaboration happened when Mr. Epps accompanied on the piano, Bombadils' musician Sarah Frank as she played her violin, in the song called “Molly on the Shores”. Indeed, we witnessed two veteran artists. The alacrity, liveliness and dexterity of their technical virtuosity could not be ignored. Another collaboration occurred when the Bombadils accompanied the choir in the concert’s theme song, “Home.” It was so successful, this is why they replayed it as an encore.
Cantiamo is a choir of refreshing energy who trustily takes its cue from its masterful artistic director. Indeed, Mr. Epps engaged us in a grand variety of ways as Irish, Indian, American and pop classics entertained the audience, and many were tapping their feet; the pews came to life in a manner befitting any follower of spirited music. 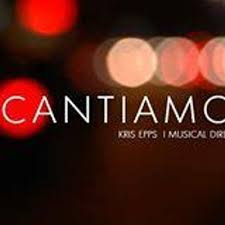 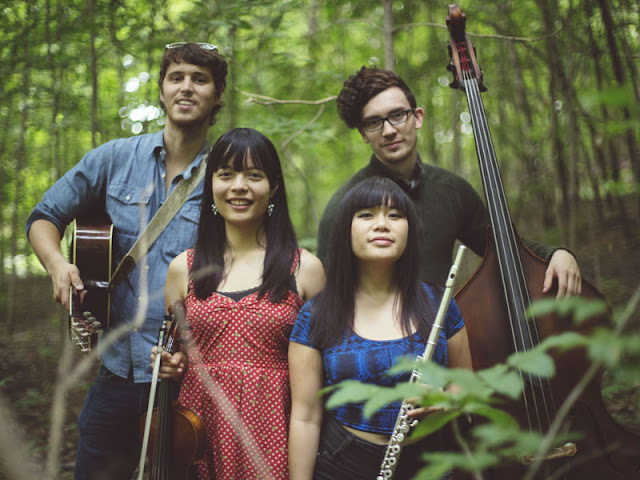 After intermission, Celtic oriented music took over in the compositional masterpieces created and performed by the group, The Bombadils. Their songs are stunning examples of the joyful blending of harmonic tones and ingenious instrumentation. Moreover, their singing is outstanding and adds yet again a further flush of expressive vocal enhancement to their playing.
Sarah Frank plays violin, banjo and sings like a young Judy Collins with a rare tinge of earthy yodel/scratch. 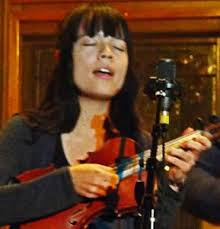 Guitarist, Luke Fraser, who revealed he had forgotten his mandolin, is a guitar god. His compositional inventiveness was incredible, heard in the complex song, “Rocky Mountain Path" – a piece he composed at the Banff Centre of Fine Arts where all Bombadils' members were housed for two weeks with the purpose of composing. 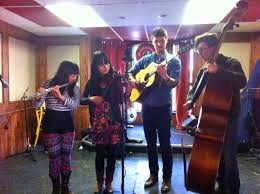 His singing of “Black is the Colour of My True Love’s Hair”, moved me, but what must be said is the arrangement and brilliant playing of all the musicians in each song is spellbinding. They perform with humility and ease, yet the sounds they bring us are utterly beguiling.
Harmonica, flute and piccolo player, Anh Phung is a little firecracker. Performing in her bare feet, she captures our attention not merely for her shoeless quirk but most of all, for her musicality and complete mastery over her instruments – and she sings too!
Likewise, Alan Mackie is a bass player whose technical proficiency and talents stood out. His solo segments were awesome, and I would like to see a piece written to show off more of what he can do on his instrument. It was obvious, Mr. Mackie is a pro.
This original group puts an entirely new spin on Celtic folk, and I love them. Versatile and dedicated, The Bombadils are a musical wonder. 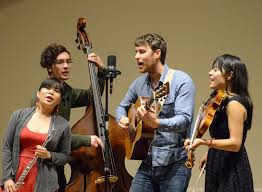 Finally, true artists share the stage. As singer, Ashley Daniel Foot and Mr. Epps collaborated in the song, “I Don’t want to Change You.” I was moved by Mr. Foot’s vocal beauty of great sincerity.
There is so much more I could add, including the amusing song, “Nova Scotia Goodbye”, written by Mr, Fraser.
In every home, sooner or later, we have to say goodbye. Judging by the standing ovation, no one wanted to leave "Home". What a memorable concert!

Email ThisBlogThis!Share to TwitterShare to FacebookShare to Pinterest
Labels: Music