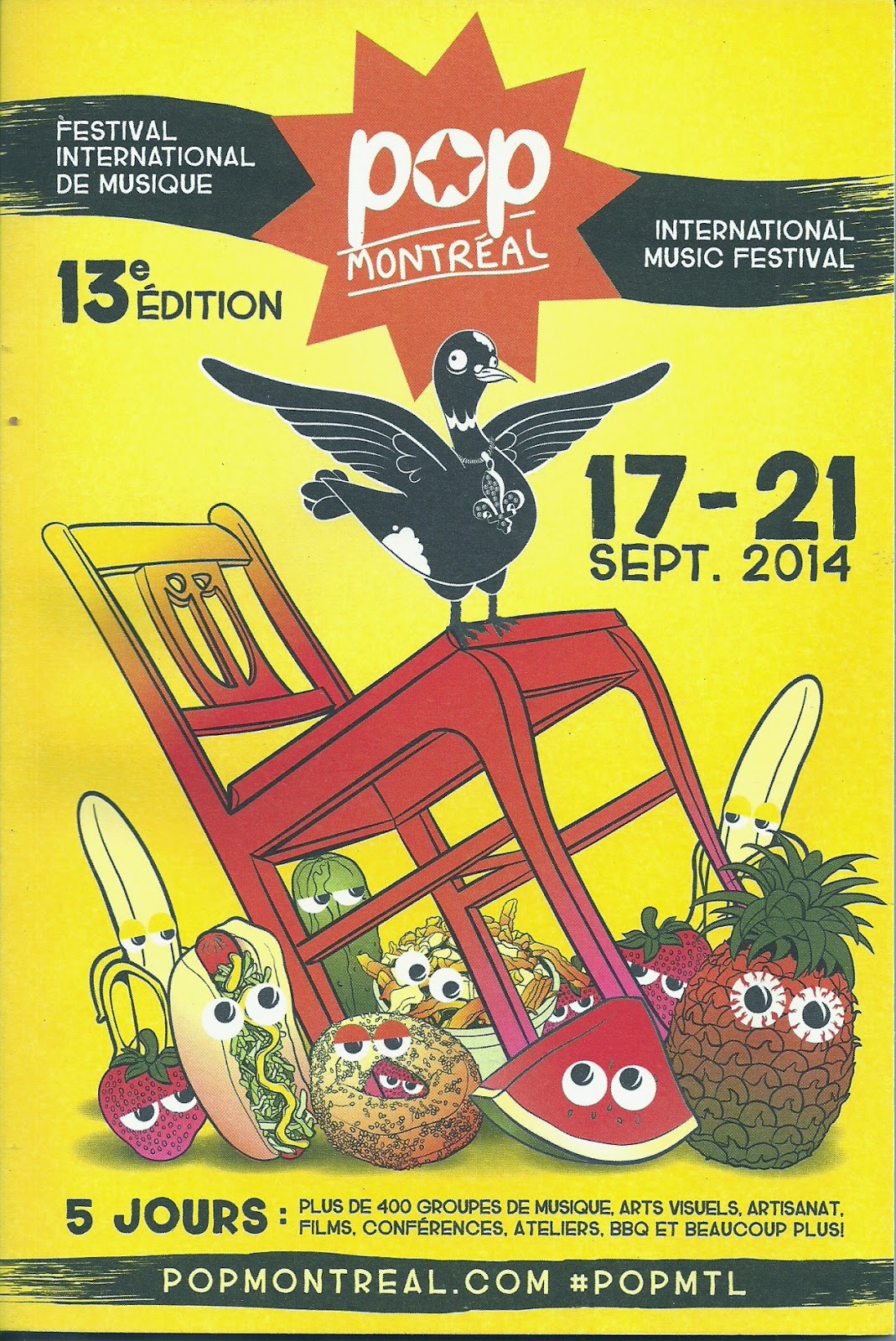 Wow! Tons of people jammed into the cinq à sept kick-off party – holders of superpasses and media types. The DJ was spinning hot tunes and in the adjacent room, Chloe Mercedes and her band set the vibes for the festival. She’s performing at Casa del Popolo September 20 at 10:30.
The food was Greek and I loved it.  It was catered by Melina’s – 5733 Av. du Parc (www.phyllobarmelinas). Drinks were on the house (two freebies) and the crowd was lovin’ it.
I met folks in the music business and writers doing the arts beat from Calgary, Boston and San Francisco. Pop Montreal obviously has popped its way far beyond la belle ville into other cities.
Held on the top floor of Quartier Pop – the École des beaux arts building on St Urbain, the other floors were packed with people taking in the exhibits and stuff that formed a perfect fit to what Pop Montreal is all about. Over 400 music, theatre, dance and  -all combined deliver and endless universe of pop and its variations from electro to dance hall to rap and more. Not to be missed.  Sheryl Crow and Suzanne Vega are the bigger names, but you’ll discover some new favourites at this fab festival that brings the beats to over 50 music venues.
Pop Montreal’s moniker is the city’s International Music Festival. It runs from Sept 17 to 21.  http://popmontreal.com/

Navert hits the notes with twists and turns

Hit Le Belmont to take in Navert and Sunrise and Good People. I totally lucked in. First of all, I was greeted with a ticket for a free smoked meat sandwich, coleslaw and pickles, served right on the spot by a dude duo from Schwartz’s. The beer was from le Belmont. I wandered into the room to complete the love fest, for food needs music. Indie pair, Navert, puts a cool chick centre stage. The music is a retro flashback to days in Paris for me. She‘s Annie-Claude and her bucolic voice is most effective. Navert mixes electro pop with alternative rock. Anne-Claude plays a mini synth and her partner, Guillaume Chartran spikes it all up with his great guitar playing with drums going as well as background over play – I think. Nice show!
The website is: navert.bandcamp.com 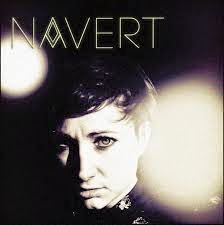 Sunrise and the Good People

The big bang for me and everyone else, judging by people moving on the floor to the music, came from Sunrise and the Good People. Ok, these three musicians are top rate. They are passionate and highly honed on their instruments that feed into each other to come out as tribal rock with melody and heart. Childhood friends, Eric Bolduc (guitar) and Xavier Auclair (bass) have known each other for 25 years. They’ve traveled to Europe, East Africa and the Himalayas. Yes, they’ve met the Dalai Lama. There is depth digging into their rhythmically exciting music.  They are a trio that makes music ethereal and raw at the same time. A bit like Tea Party, their sinister vibes somehow are uplifting and you feel renewed. They are authentic and for that reason alone really important. They give their all on stage, and their confidence is supremely charismatic. They formed their band of five – now three – in 2009. Remember these names: Eric, Xavier and Alain – the powerful drummer with a Bob Dylan face. The band will be releasing their EP this November on the label, Let Artists Be. Stay tuned and get a taste of Canada’s new rising star that like the sunrise – you’ll never tire of. They are stars, so check out their website: www.sunriseandgoodpeople.com 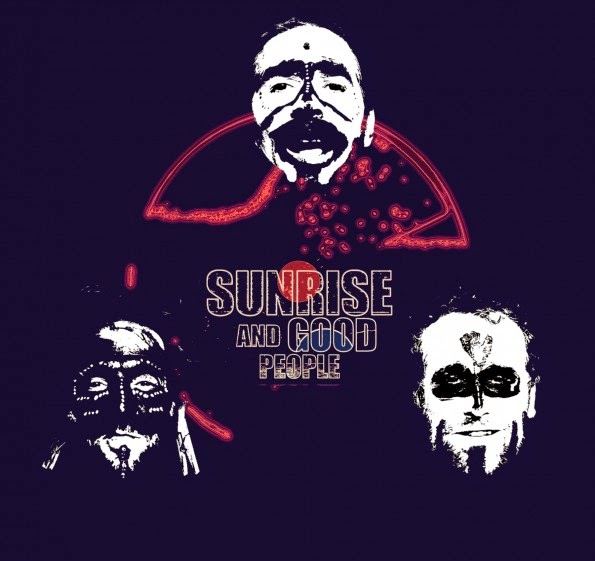 Beat Market
The evening ended with true electro music by Beat Market. These two eccentrics, Louis-Joseph Cliche and Maxime Bellavance are the futuristic incarnation of Tron gone to another galaxy. Piknik Electronik had these two psychedelic wonders dressing their stage. In fact, they dawn tin-foil costumes that effectively make their mix of house to dance and electronic genres a stylistic sensation. Keys and machines along with drums take us into a realm of science fiction/ strobe-light magic. In fact, their first album is titled Red Magic – soon to be turning a different hue with a new release with new mastering by the legendary Mike Marsh from the Exchange Studio in London. Read all about it at: http://www.beatmarket.mu/ 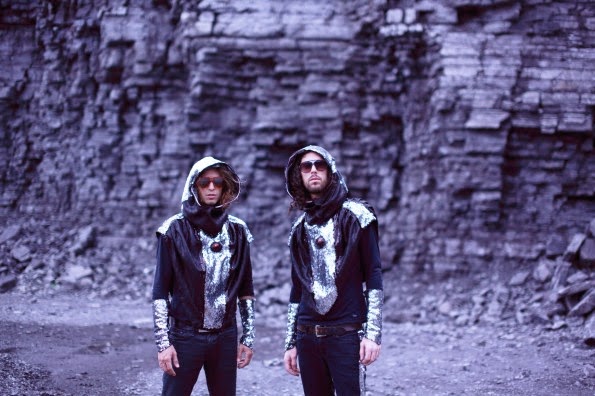 Spaceships are Cool
but the band is warm

Two very different groups, Spaceships are Cool and James Irwin performed at different slots times about two feet in front of us among the racks of clothes pushed to the sides. 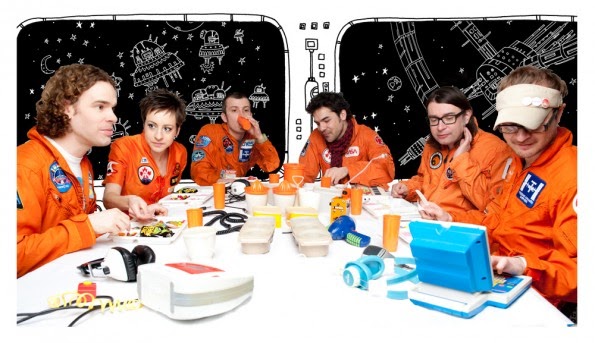 A cute venue that provided rare intimacy. Spaceships’ musicians attired in orange suits with patches sporting space agencies from Japan, Russia, Canada and the USA, featured four of their usual nine-member spacey men who brought electronic wiz sounds to new heights. The theremin – the oldest synthesizer in existence is weird indeed.  The girl who played it and the violin waves her hands in the air and the sci-fi- sounds are made just like that. They are pop kitsch and cute rolled into one - X-Files made fun. The melodica, bass, guitar and an endless range of non-man sounds off tape loops, bloops, beeps, screeches and stylophones from Casio keyboards introduced me to this great group from Nottingham, England. They make vinyls of their music which is pretty cool. Psychedelic retro resurrected a “Major Tom to Ground Control” feel. 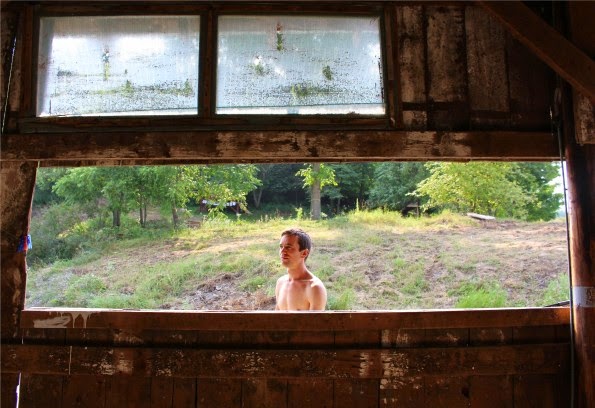 Really really low key vocals come from the relaxed delivery of James Irwin. His sleepy lovely lyrics set a mood of solitude under the stars. Only trouble was – as his last song said: There were no constellations (every song melody sounded the same). Still he offers dreamy, hypnotic, soft sounds that remind me of Dylan and Cohen. His slide guitarist is great! A good duo meant to play late at night by the sea on a starlit night.
Posted by SMR's Blogs at 10:01