Bram Brought it on

and We Sang Along in Benefit Concert 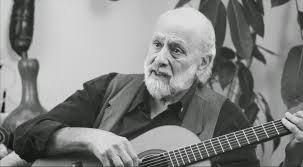 
They say when we reach a “certain age”, we revert to being a kid again. We laugh a lot, we rediscover wonder in the world, and we sure love having fun. We also sing more because we feel like it. 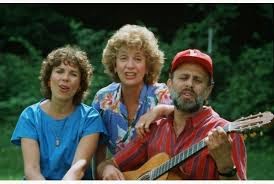 On Monday, February 23rd, Bram Morrison traveled down memory lane with a marvelous medley of many famous signature songs that almost every kid in Canada knew off by heart. But this time, it wasn’t our kids – or our grandkids who were singing those iconic Sharon, Lois and Bram songs inside Teatro Santa Ana that evening – but us; and we sure had a hoot doing it.
Bram is as brilliant as ever; his voice is gentle and soothing, and his humour as wholesome and folksy as the lyric demands. The song about chickens a rooster was prefaced by the revelation that no rooster in the world says a four-syllable, “cock-a-doodle-do”.  In fact, it makes a three-syllable sound that Bram brazenly demonstrated. That brought on lots of laughter, as did his song about an unlucky worm whose girlfriend was not a worm, but a caterpillar. She hit the sky as a butterfly.  Not only was his heart broken, but he ended up in pieces, thanks to a lawn mower.
We sailed away with his sad sea shanty song, but belted out the chorus of his Eerie Canal ditty whose rhyming lyric took us into a storm; sinking into water or a bottle of gin seemed to be our only choice.
Singing in English, Spanish and French as well as in a host of accents, including a West Indian one – with the song written by his pal, the late Peter Kastner, Bram brought us a Barbadian beauty in the figure of Louisa, a cashier who worked in Cambridge, Massachusetts who inspired Mr. Kastner to write the lyric; he asked Bram to write the music.
In contrast, sadness cast its own melancholy in the lyric taken from the


19th-century diary of a down-and-out, hard working housewife toiling away during the Civil War. It moved us. Bram composed the music for it. 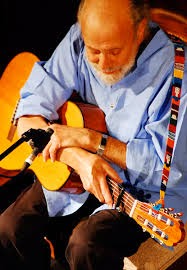 Evocative, and entertaining, Bram’s performance percolated our youth, bringing out our playfulness.  However, there is a highly serious aspect to this concert – one of utmost importance. The proceeds from the concert will be used to help fund these Amistad Canada projects:  the scholarship project at the Biblioteca, CASA’s Antiviolence Project and funds will also assist in support staff salaries at the Midwifery Hospital.

Bram’s next sing-along benefit concert which lasts nearly two hours, including an intermission takes place on March 9th at 5pm at the Teatro Santa Ana. Tickets go for 200 pesos. By singing along, you’re contributing to the great work Amistad Canada does right here in San Miguel.