The Lure of the Lanaudière Festival

Environmental beauty sets the stage for an outstanding concert experience
Celebrating 38 years of longevity, Lanaudière Festival presents outstanding music in the lush tranquil surroundings of the area’s serenely green environment. Concerts at Ampithéâtre Fernand-Lindsay Ampitheatre create a combination blend of indoor seating (2000 seats) with bring-your-own-chair seating on the lawn – a grassy mound that can accommodate 6000 concert-goers; its pleasant incline provides a natural incline for optimum viewing. The semi-open-air amphitheatre is modern in design, yet it was built in 1989. Prior to its construction, concerts took place in the seven churches within the area, and still do. 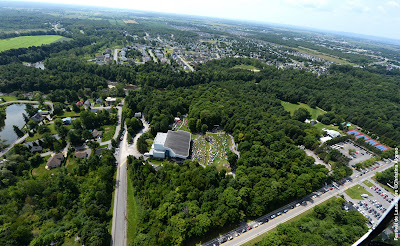 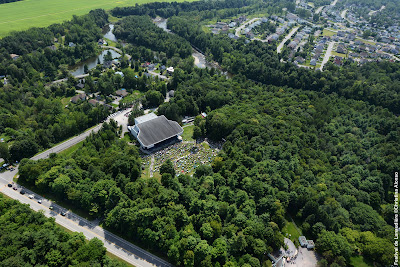 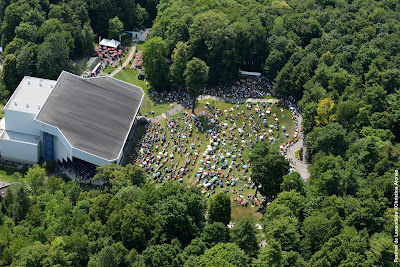 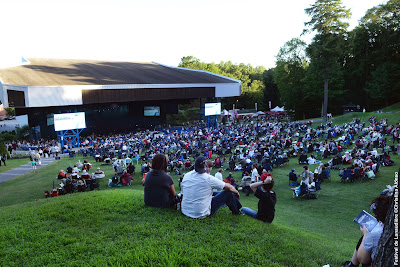 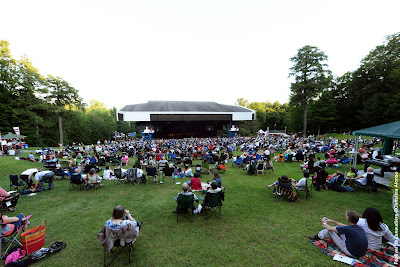 A stunning path lit for each ceremonious concert event sets the special atmosphere which is both elegant and relaxed. Before each concert, you can eat at one of the three bistros that frame the aesthetically appealing setting.  It’s all comfortable and convenient in design. 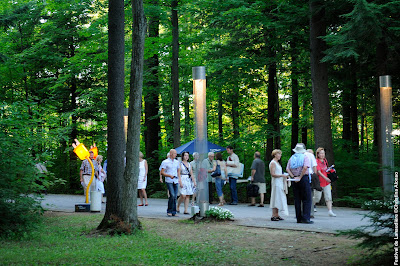 Montrealers can arrive at the festival via the luxury air-conditioned navette that transports you  round trip on Fridays and Saturdays for a mere $20 – round trip.

Love and ecstasy offered in Schumann and Scriabin program
On July 11, the festival presented Schumann’s “La Rose qui chante L’amour”. Karina Gauvin’s rich soprano voice carried emotional import, but she referred frequently to the libretto she held in her hands while others didn’t. This weakened her connection with the audience. The story is a sweet story about a fairy who wishes to experience human love. The Fairy Princess of the elf choir, magnificently sung by the Festival Choral Ensemble gives her a rose for good luck, but should she give it away, she will lose her immortality. This she does when she has falls in love, marries and gives the rose to the daughter she has. 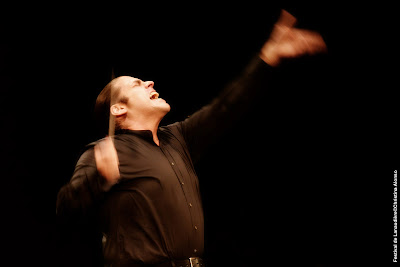 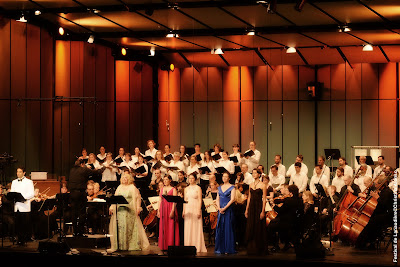 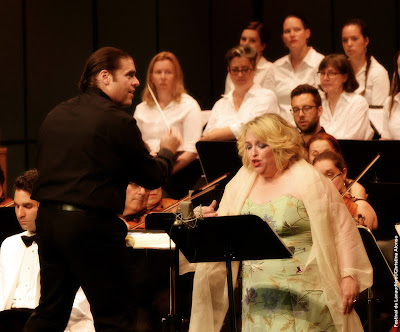 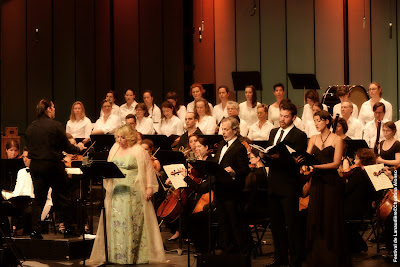 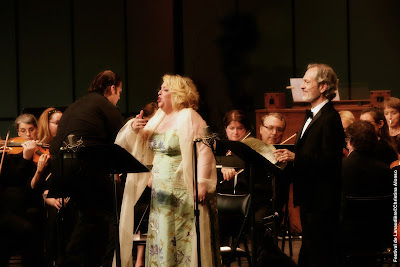 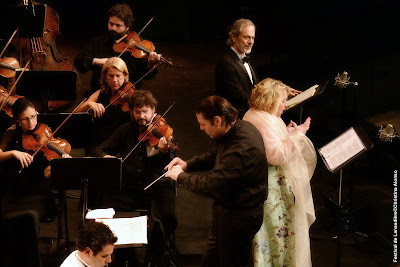 Stand-out performances were given by mezzo-soprano Michèle Losier as the Princess elf, Alain Coulombe as the Gravedigger – father of the young man Rose weds was captivating. His compelling stage presence was electric. In all, eight opera singers were featured along with the noble Fairy Choir and fabulous Festival orchestra brilliantly conducted by the affable and energetic Jean-Marie Zeitouni. The entire stage was spilling over in orchestral, choral and solo artists. Artistic director Alex Benjamin achieved a wonderful feat bringing it all together.

The two overhead screens buttressing like wings out from the amphitheatre allowed us all to benefit from the production from every close-up angle – front, back  and sideways. How nice it was to see Maestro Zeitouni face as he conducted – via the screens.

Brilliant performance by the Orchestre du Festival
After the intermission, “The Poem of Ecstasy” was performed by the Festival Orchestra.  A massive mixture of exciting orchestral instruments produced an amazingly rich performance. Melodies of heightened emotion and climatic ascensions conveyed a myriad of moods associated with love’s journey. They included longing, dreaming, floating, unrest, will, self-assertion and more. Brilliantly composed, separate instrumental tonal qualities singularly captured the colours, the tender and terrifying in life’s tensions and impulses as love. The languid, playful and sublime contrasted with fiery fury. In unison, the musicians stunningly created ascensions into crashing crescendos that dramatically descended into demure diminuendos. The entire work was exciting – a complex masterpiece that only the most musically gifted and technically brilliant could conquer – making Scriabin’s work seem effortless and eternal. They did! 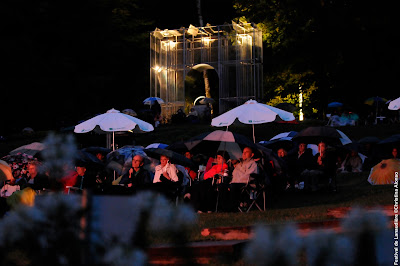 The Lanaudière Festival continues until August 2nd. To view the program, visit the website at: wwwlanaudiere.org.  For tickets, call 1-800561-4343