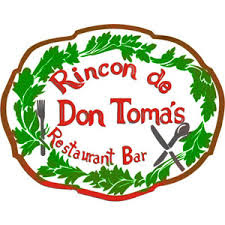 Right in the heart of Centro’s Jardin, is a gem of a restaurant that was opened by Alicia Regalado, a native of Hidalgo State, and her brother, Don Tomás. That was in 1997. 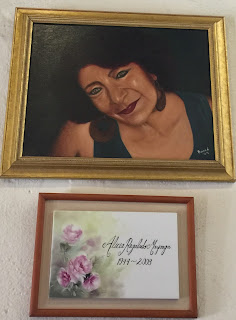 Sadly, she passed away in 2008, but her recipes didn’t. They passed on – to her son, David Regalado who now owns Rincon de Don Tomás.
The cozy restaurant and bar is housed inside a century-old building. Warmed by wooden beams and huge doors with a humungous keyhole, Rincon de Don Tomás is catch-all place for the hungry who wish to feast indoors or outside on first-class traditional fare. Dishes are richly flavoured in herbs and special chilis that come from Hidalgo State. They can’t be found in San Miguel de Allende; nor can its famous chilaquiles con nata – notable for its red sauce oozing old fashioned cream.  A remarkable breakfast dish for sure!
But I came for dinner. The menu perfectly reflects the enduring soul of the family, for the offerings are timelessly satisfying to the palette, pleasing in choice and delectable in variety. 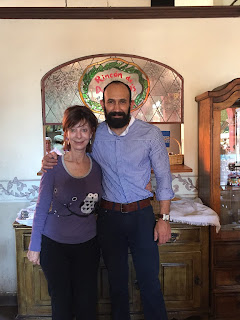 Aside from some lovely starters, there are five soups, seven fowl and beef platters   four fish fillet choices, shrimp favourites and eight Mexican specialties.
The soup I chose was green squash soup, and it was so savory with its potpourri of little veggies and herbs in a buttery tasting broth.  Cream topped it. Two people could have shared it, that’s how big the serving bowl was.
Next up were the chicken enchiladas I ordered in a smooth subtly spicy green sauce. Can you believe it, but the tortillas are made at the restaurant, and they are used in enchiladas. Light in texture and flavor, my enchiladas cocooned tender chicken. The portion was huge, and it included astounding serving a salad brimming   with avocado slices tomatoes and onions. Rice with its assortment of tiny veggies hidden inside it turned the ordinary into the extraordinary. What a great meal!
I had the heavenly demure cheese cake that surely was a gift from the gourmet gods. I had the hot chocolate with nuts brownie cake. Joy!
Their coffee is from Italy. The cappuccino I ordered was a potion from the gods. Heavenly! Have fun choosing from 12 different styles of coffee prepared for you right on the spot. 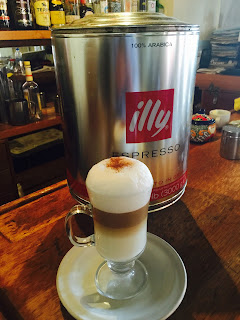 Your visit to San Miguel must include Rincon de Don Tomás. It is tops, and priced far below its value.